The Federal Executive Council (FEC) presided over by President Muhammadu Buhari on Wednesday approved N1.6billion for the establishment of the e-Government Procurement Platform to address corrupt practices in the government’s procurement system.

“There have been a lot of complaints about the long time it takes to go through the due process. With the establishment of this, we will reduce that time.

“It also removes subjectivity from the process. There have been lots of complaints about subjectivity in the approval process that will be dealt with squarely when it is eventually launched,” he said.

According to him, the step taken by the government is in line with the current global trend. 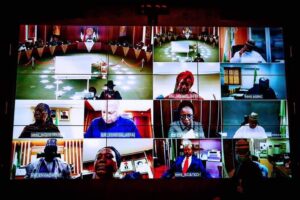 “It will reduce corruption to the barest minimum because it will reduce the human interface within the process. The overall cost is about N1.6 billion,” he said.

The Minister of Power, Saleh Mamman, who also addressed the correspondents on the outcome of the meeting, said the Council approved Nigeria’s contribution of two million dollars for the West African Power Pool (WAPP)

He expressed the hope that the contribution would in turn generate income for Nigeria, to cushion the dwindling oil revenue.

According to him, the power pool being a common entity of countries in West Africa, plays a role of coordination and synergy among countries, as well as boosting electricity supply in the region. 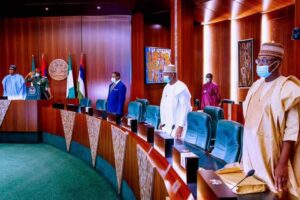 Mamman also said the regional power pools would be of great assistance in case the national grid of any of the member states fails.

“The pool is about having synergy within the West African region. The decision has been taken by ECOWAS, it’s for the generation of electricity in the region, so as to have a more constant and steady power supply.

“It’s like the national grid in Nigeria, so we are going to have a regional grid. It means in case there is a failure in one country, another can supplement it. The $2 million is a contribution,” he said.

Also shedding more light on the electricity pool, the Minister of Information and Culture, Lai Mohammed said all ECOWAS countries had been contributing annually to the cost of transmission of electricity in the region, since the establishment of WAPP in 1999.

He said: “The West African power pool is made up of all west African countries because each member state contributes annually to the cost of power transmission across the pool. Because the consequence is that if there is a problem in one country it could inadvertently affect the other country.

“It’s a common pool and every country has its own section and our contribution for this year is $2 million.

“It’s not as if we are giving two million dollars to ECOWAS, we are simply paying our own contribution to the transmission from Nigeria to other West African countries and viz-visa”, the News Agency of Nigeria (NAN) reported. 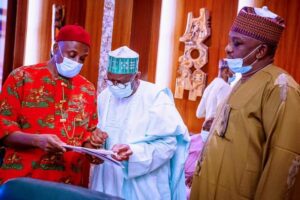 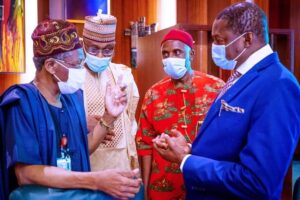