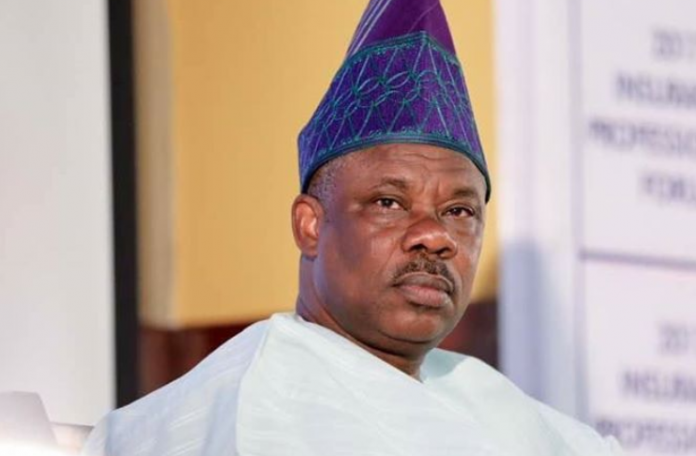 Keen observers of Ogun State political developments are still trying to discern the outcome of the All Progressives Congress (APC) primaries. On one hand, the Peoples Democratic party (PDP) seems to be irreconcilably divided with the Dayo Adedayo led faction emerging victorious through the judicial process. This has almost certainly assured Senator Buruji Kashamu the gubernatorial ticket.

On the other hand, the Ogun APC primaries brought a different dimension. While the PDP gladiators fought their battles in courts, the Ogun APC leaders opted to settle scores through the ballots. A former Governor of the State, in tango with an erstwhile Governor of Lagos State have pitched their tent with the official APC candidate, Prince Dapo Abiodun, who emerged through a process described by most observers as lacking democratic participation by APC party members. In essence, Prince Abiodun’s emergence as the gubernatorial candidate was ordained by the aforementioned erstwhile Governors through the National Chairman of APC Comrade Adams Oshiomhole.

The other party in the Ogun APC, simply opted to restructure their electoral participation through the Allied Peoples Movement (APM), where Governor Amosun’s preferred gubernatorial candidate and many others emerged as INEC recognised candidates for various elective offices.

So what could have led to this scenario? Is this a case of Ogun APC becoming the jewel of the shrine in the 2023 political calculations of Capo Du Tutti? Or as some have suggested that the Governor is an “Alaseju”.

Be that as it may, the point must be made that as fractious as APC appears, the opposition, as personified by PDP, is equally so weak that it poses little threat to the outcomes of the 2019 Ogun electoral battles.

But in order to comprehend the causal factor of the Ogun APC fracture, it is necessary to highlight the departing pressure points. First is the October 2nd 2018 gubernatorial primary and second the October 7th primary. Both primaries were conducted by two different NWC panels led by Indabawa and Col. Ali Ciroma (Rtd.). The October 2nd 2019 primary conducted by the Indabawa NWC panel became controversial following the annulment of the primary results that threw up Hon. Abiodun Akinlade as the winner. On another note, the October 7th national and state assembly primaries were rancour-free and the results were declared by the NWC Panel Chairman Col. Ali Ciroma (Rtd). These results, won fairly by Amosun loyalists, were also jettisoned by the Chairman of APC Comrade Adams Oshiomhole on the instigation of the aforementioned erstwhile Governors. It is this that finally led to the parting of ways by the Ogun APC leaders.

Bearing these in mind, the question that lingers in the minds of some who desired mechanical unity is that “Is Amosun an Alaseju?” As the leader of APC in Ogun State, Senator Amosun has tried his best to keep the party together as one family. Up till September 2018, before the primaries, the party was strong and united. If all other things were to remain equal, there is a high probability that the APC will coast home to victory in the 2019 governorship election without much ado.

But the same cannot be said of Ogun APC today. The party is now in a big mess following the controversial primary election in which the mandate given to Hon. Adekunle Abdulkabir Akinlade was annulled and handed over to Mr. Dapo Abiodun by the Oshiomhole-led National Working Committee (NWC) of the party. This was a rape of democracy, the height of injustice and the most inglorious electoral robbery ever perpetrated in the history of APC.

It is only natural that the governor, who is the leader and conscience of the party, must respond to that development. In the midst of his response, which was not palatable to his detractors, we often hear a riposte that Senator Amosun is an “alaseju”, meaning, when literally translated, that he is overdoing things and cannot be kept under check. Haba! I am tempted to say that this kind of riposte on the part of some supposedly learned individuals lacks a sense of history and fails to understand the power play within the party.

A recount of how the APC under Senator Amosun got to where it was, before hell was let loose, will clear the air. Prior to the 2015 elections, a group within the party led by a respected former governor of Ogun State, Chief Olusegun Osoba, stirred the hornets’ nest and decided to organise a parallel governorship primary in Ogun APC, which did not jell. In an attempt to avoid the shame of losing out in the primaries, Chief Osoba and co, including all their disgraced candidates, left APC to contest the election under the banner of Social Democratic Party (SDP). Osoba boasted to high heavens that the SDP would win the 2015 elections and put the Amosun-led APC to ignominy. As it turned out, the results showed that Chief Osoba and his group were electoral liabilities as they lost the 2015 elections woefully.

The Amosun-led APC won the said elections with a landslide victory. Senator Amosun immediately initiated policies that transformed the APC into a virile and the most organised chapter of the party in the country. As it were, the rancour-free congresses of the party in May 2018 had kept the other chapters in the country wondering how the Ogun State chapter did it.

Though Chief Osoba and co found themselves back in APC on the eve of 2015 elections, one cannot really blame them for this. Chief Osoba is a well discerned politician. He realised that while he was outside the APC, Senator Amosun had used his resources to build the party. There is nothing bad in wanting to be part of the success story. However, Chief Osoba and co had a different agenda; the intention was to come and hijack the APC structure and feed fat where they didn’t sow.

What happened before, during and after the primaries in Ogun APC is no longer news. Chief Osoba, in concert with Asiwaju Bola Ahmed Tinubu and the National Chairman of the party, Mr. Adams Oshiomhole, upturned the will of the people and imposed Mr. Dapo Abiodun as the governorship candidate of APC in Ogun State. The imposition of Mr. Dapo Abiodun was a volte-face.

In his response to this treachery, Senator Amosun didn’t do anything unwieldy to warrant the shout of “alaseju” as some gullible observers would want us to believe.  He only allowed those who were cheated in the primaries to exercise their democratic rights. Would it be right for Senator Amosun to stop them from dumping APC and moving to a new party?

Indeed it is unreasonable to expect Senator Amosun to agree to the Oshiomhole-led treachery. It would have amounted to committing a political hara-kiri, just as Wole Soyinka said: “The man dies in him who keeps silence in the face of tyranny.”

Senator Amosun is perceived to have acted rightly by standing firm without betraying his conscience.