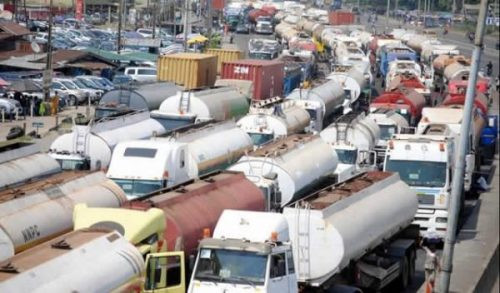 NUPENG had on August 7 directed the withdrawal of services of petroleum tanker drivers from Lagos State with effect from August 10, following the failure of various authorities in the state to address three major issues that have severely caused pains and harrowing experiences on the hapless petroleum tanker drivers in the state for several months now.

Fire burns one beyond recognition, others injured in road accident

The three major issues were: alleged extortion of money from petroleum tanker drivers by various security agents; menace of containerised trucks at Apapa, Kirikiri and Beach Land axis of Lagos State and collusion of government officials hindering petroleum tankers from loading activities at depots and tank farms; and harassment and extortion by touts popularly known as ‘area boys’ and ‘area god-fathers.’

The union explained that the entire rank and file of its members were deeply pained, frustrated and agonised by the barrage of these challenges being consistently faced by petroleum tanker drivers in Lagos State and were left with no other option but to direct the withdrawal of their services in the state until Lagos State Government and other relevant stakeholders address these critical challenges.

But, in a communique jointly by Lagos State Commissioner for Energy and Mineral Resources, Olalere Odusote, and NUPENG Deputy National President, Solomon Kilanko, said both parties agreed, at a meeting held earlier on Monday at Lagos State Secretariat, Alausa in Ikeja, that the government would meet with heads of all security agencies to prevent further disturbance of vehicles conveying petroleum products.

The two sides agreed that the issue of ‘area boys’ would be addressed by the state. “A dedicated phone number will be established within one week to enable petroleum product transporters gain prompt access to security agencies,” the communique added.

While assuring that the allegation of extra-ordinary levies charged by a particular local government would be investigated promptly, the communique said “Lagos State government will continue to relate with all road users in the planning and execution of road works in the state.”

NUPENG also made a commitment that all tankers would not exceed the loading capacity of trucks as provided in the regulations and in compliance with the directives of the Department of Petroleum Resources.

“Lagos State Government will immediately set up a standing committee to relate with the Union on an ongoing basis to address any issues as they arise,” the statement noted.