The agreement was reached on Tuesday during a virtual signing event involving representatives of Lagos State Government and USAID PA-NPSP.

IRP, which would be developed in close coordination with PA-NPSP, would serve as a roadmap to guide the development and implementation of a comprehensive electrification strategy that is best suited to the long-term needs of Lagos State.

The plan, when developed, would be an effective tool towards improved planning and decision making in accelerating successful investment in the electricity sector and ultimately increasing electricity accessibility and reliability in Lagos State.

In support of the Integrated Resource Plan, PA-NPSP would provide an analysis and review of the power sector in Lagos State to develop a state-of-the-art planning mechanism that is best suited for the long-term electricity needs of the state’s residents, businesses, industries, and public/government premises such as hospitals and health clinics.

This roadmap would assist Lagos State Government and the state’s energy stakeholders to predict power system requirements for the next 20 years, enabling the effective and efficient management of energy resources.

Speaking during the virtual signing ceremony, Lagos State Governor, Babajide Sanwo-Olu, said the Integrated Resource Plan is a priority initiative for his administration.

“To improve access to electricity in sub-Saharan Africa, there is no better place to start than in Nigeria.

“The Integrated Resource Plan is a priority initiative for Lagos State Government and it underpins our electricity strategy to ensure access and reliability to Lagos residents is a reality,” he said.

Sanwo-Olu also expressed his administration’s gratitude to the Power Africa Nigeria Power Sector Programme for leading the initiative and also commended all the local stakeholders for providing support to ensure Lagos Integrated Resource Plan becomes a reality and for their continuous support towards making Lagos greater.

In his opening remarks, Lagos State Commissioner for Energy and Mineral Resources, Olalere Odusote, said the development is a significant milestone in the implementation plan of Lagos State Government towards improving electricity access in the state.

Odusote underscored the importance of an energy plan for sustainable economic development.

“It is impossible to have a sustainable economic plan without an energy plan.

“The objective of Lagos State Government is to deliver affordable, reliable, and sustainable electricity to Lagos residents, a key enabler for the vision of making Lagos a 21st Century economy.

“The Integrated Resource Plan will be a sustainable, long-term electrification plan for Lagos,” he said.

According to him, “From energy perspective, I can’t think of a better way to accelerate access to electricity than to actively partner with Lagos State Government for the development of a robust Integrated Resource Plan.

“To this end, it is vital that we support this initiative, as it serves as a critical planning process to meet consumers’ needs for electricity services in a way that satisfies multiple objectives for resource use.”

Also speaking at the event, the Deputy Chief of Party for PA-NPSP, Tunde Gbajumo, emphasised the importance of collaborating with relevant stakeholders to develop sustainable solutions.

He explained that PA-NPSP and Lagos State Government would work closely with various stakeholders in Lagos State power sector to develop the Integrated Resource Plan and have already formed a Study Team composed of gas suppliers, the two Lagos distribution companies, generation companies, the Transmission Company of Nigeria, the Rural Electrification Agency and the Federal Government of Nigeria.

Gbajumo said: “The Power Africa Nigeria Power Sector Program is excited to be part of this landmark event for the partnership between Lagos State Government and USAID and hope that this event will serve as a further testament to the productive and sustainable growth of Nigeria’s energy sector.” 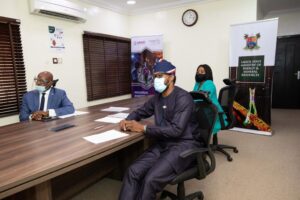 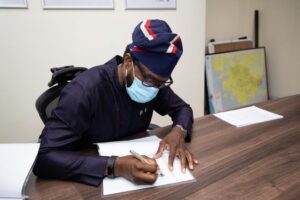 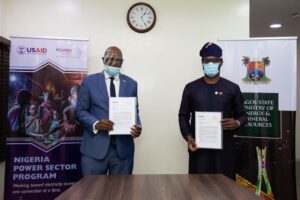