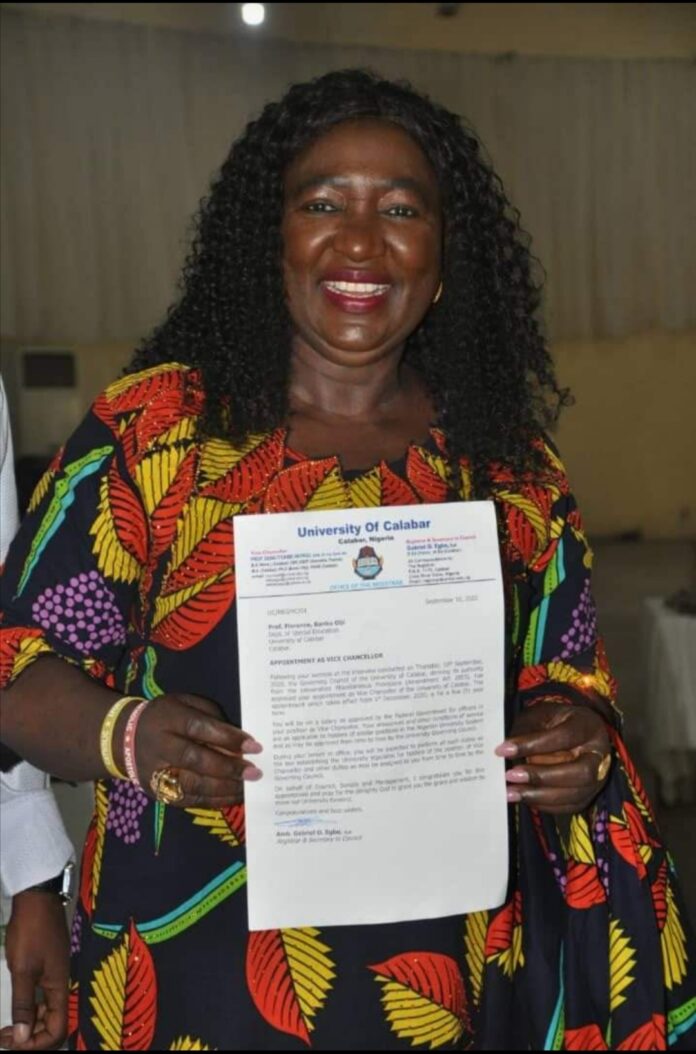 Prof. Florence Banku Obi has emerged as the first female Vice Chancellor of University of Calabar.

Obi, an educationist, beat 12 other candidates to clinch the plum job to succeed Prof. Zana Akpagu as the 11th Vice Chancellor at the institution.

The institution’s Chairman of the Governing Council and Pro Chancellor, Nkechi Nwaogu, who spoke after the selection process, described the exercise as transparent, saying it followed the guidelines laid down by Federal Ministry of Education.

Nwaogu explained that Obi’s emergence was a victory for women, adding that the 10th Governing Council looks forward for her to build on the legacies of the outgoing vice chancellor.

“What we assured the university community was that we were going to be transparent, open, fair and just.

“There’s a guideline from the Ministry of Education as to how to conduct interview for the appointment and there were so many parameters we had to look into and that’s exactly what we did.

“What I expect from her is to look at what the outgoing vice chancellor has done, governance is a continuum, start from where he has stopped and ensure there is integration even amongst all the people that contested against her,” Nwaogu said.

In her reaction, Obi, while giving glory to God, promised to run an inclusive administration.

She said: “I’m happy andI return all the glory to God.

“Just received my appointment letter from the 12th Council as Vice Chancellor elect.

“The process was free and fair, and I promise to run an inclusive administration.”

Obi was a former Deputy Vice Chancellor (Administration), University of Calabar and an ex-Cross River State Commissioner for Women Affairs.

Nigeria Backs Down After 16 Months Border Closure, Maintains Restrictions on...

You’re a Legendary Political Swindler : PDP to Oshiomhole on Kneeling...