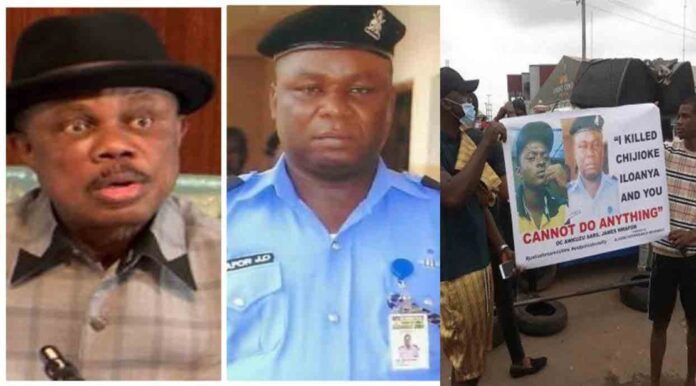 The ongoing #EndSARS protest against police brutality has scored some points as Anambra State Governor, Willie Obiano, sacked a former Commanding Officer of the disbanded Special Anti-robbery Squad (SARS) in Awkuzu, James Nwafor (retired), who has been repeatedly mentioned in the media for his high-handedness against crime suspects and unspeakable violations of human rights.

Nwafor had retired from the service and picked up an appointment as an advisor to Obiano on security matters.

Addressing protesters in Awka on Thursday, Obiano announced the sack of Nwafor and assured the people of Anambra State that the sacked security aide and other officers who circumvented the law and indulged in human rights violations while in service in the state would be brought to book.

The governor also announced that a special panel headed by Anambra State Attorney General and Commissioner for Justice had been set up to document human rights violations and abuses by the defunct SARS with a view to getting justice for victims and bringing closure to old injuries.

He also assured that he would personally visit all the facilities of the defunct SARS in the state and effect immediate release of suspects who are unlawfully held in the cells.

Obiano, in a statement by his Media Aide, James Eze, commended the protesters for conducting themselves peacefully so far and implored them to leave the Enugu-Onitsha Highway since their demands had been met.