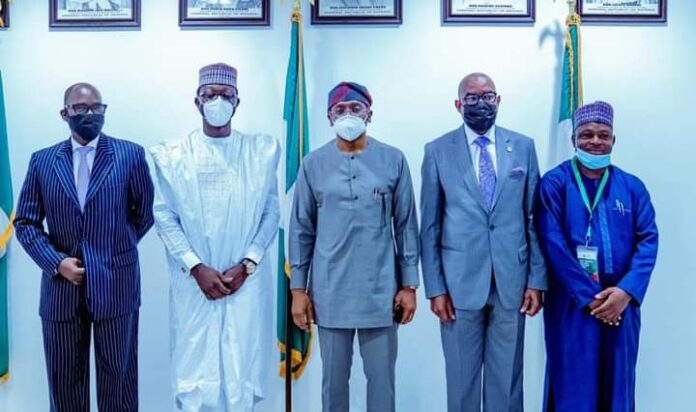 The House of Representatives on Tuesday says it is ready to partner with the Federal Housing Authority (FHA) to deliver housing for Nigerians.

This was disclosed by Speaker, House of Representatives, Femi Gbajabiamila when he hosted the management of FHA, led by the Managing Director, Senator Gbenga Ashafa, on a courtesy call, a statement by the Special Adviser on Media and Publicity to the Speaker, Lanre Lasisi said. 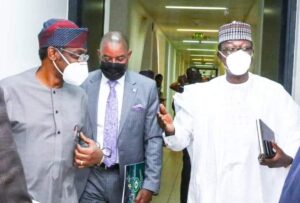 Gbajabiamila said he believed Nigerians deserve the best in terms of housing, hence the House’s readiness to collaborate with the current management of FHA to achieve the mandate of the agency.

The Speaker said with the calibre of the team in the agency, he was of the firm conviction that they would take the agency to enviable heights.

“We’re happy that you’re here. We look forward to collaborating with you on very pertinent issues. I have no doubt that with the kind of team you have, the FHA is about to witness turnaround for good,” he said.

Gbajabiamila added that the current team, whose MD, Senator Ashafa and the Executive Director, Business Development, Hon. Abdulmumin Jibrin were former members of the National Assembly, has a responsibility, which they must carry out diligently.

“There’s no way you’ll talk about the development of any country without talking about housing or shelter.

“By God’s grace, with you guys on the saddle, Nigeria will witness a lot of roofs on our heads. So, we are very ready to collaborate and partner with you.”

Earlier, Senator Ashafa said they visited the Speaker to familiarise themselves and seek for collaboration with the House, having been recently appointed and inaugurated.

He appealed for the amendment of certain aspects of the Act establishing FHA, which he said would make their work more efficient and effective.

“I would want to emphasize the main reason why we are here, which is the collaboration with the National Assembly to achieve our mandate.

“We have found out of recent that some of the items under the Act needed to be worked on. It’s on this regard that we came for this visit and crave the indulgence of the House.”

The FHA team comprised of the MD and some top management staff, including Jibrin, who was the Director-General of the Gbajabiamila/Wase Speakership campaign team last year. 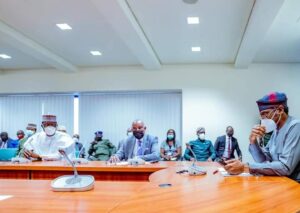 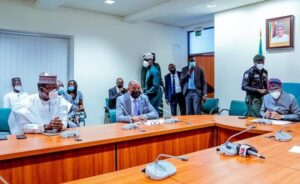 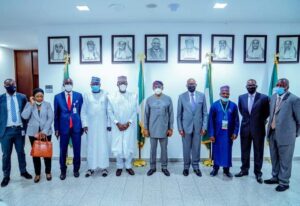 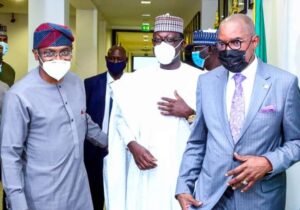 A Nigerian billionaire, founder and Chairman of Akande International Corporation (AIC), Harry Akande is dead. Akande, who was 77 and until his death a Chief...

The Nigerian Presidency has dismissed a document that purportedly reveals a sum of ₦12,500,000 was transferred to President Muhammadu Buhari from the coffers of...