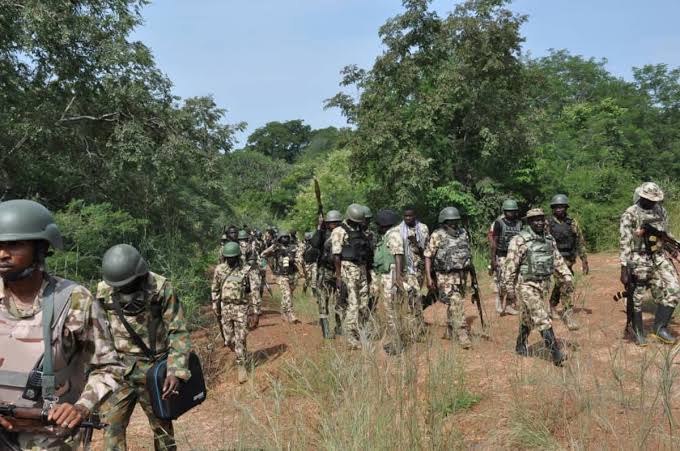 The operatives added that the Armoured Personnel Carrier of the police was riddled with bullets.

“The bandits who were denied freedom of action escaped while stray bullets hit two citizens driving from Mando axis of Rigasa-Link Road.

“The two citizens were rushed to the 44 Nigerian Army Reference Hospital but sadly, one of them, one Rabiu Awwal, died while the second citizen (Umar El-Khattab) is responding to treatment,” said a statement by Kaduna State Commissioner for Internal Security and Home Affairs, Samuel Aruwan.

The statement noted that Kaduna State Governor, Nasir El-Rufai, has sent a condolence to the deceased’s family and offered prayers for the repose of his soul. He also wished the citizen recuperating a speedy recovery.

As the troops and police continue to carry out aggressive patrols in the general area, the El-Rufai administration assured that it would keep keep citizens informed of security development in the state.