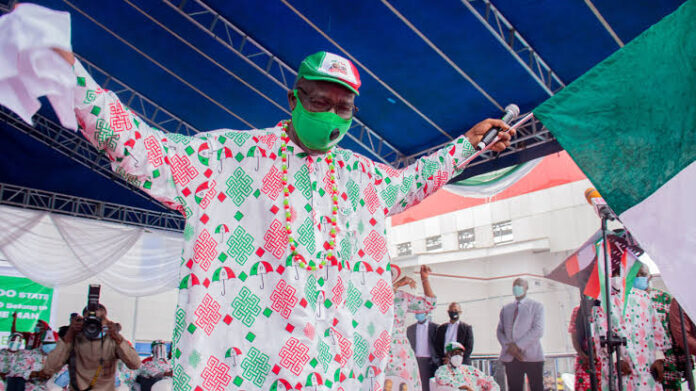 A supporter of the Peoples Democratic Party (PDP) says Edo State Governor and candidate of the PDP in the September 19th Governorship election will emerge victorious.

The Coordinator, Edo Redemption Movement, under the PDP, Prince Idemudia Okojie, expressed this optimism in a statement on Tuesday in Benin city, the Edo state capital.

Okojie hailed Obaseki as having performed creditably in various sectors of the state to the admiration of majority of the people.

Commending the Governor for delivering well on the Channels TV debate, he said the achievements of Obaseki will be rewarded at the poll.

Okojie further commented that the outcome of the debate has exposed APC candidate, Pastor Osagie Ize-Iyamu’s inability to govern the state if given the opportunity. 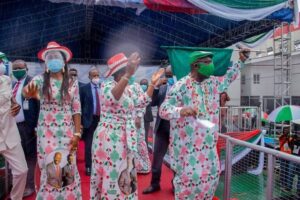 “It is very good that the political debate on Edo Election was held and sentiments apart, every indigene of the state knows that Obaseki has more to offer the state than Ize-Iyamu and the only way Obaseki would lose is for the APC to rig the election in favour of their candidate.

“If we are to be sincere as indigenes of Edo state, there is no doubt that Obaseki performed creditably well and giving the opportunity for a second term by the good people of the state can only make the state better.

“Obaseki has governed well. Politics is about development. It is not just to grab power by all means without having nothing to show as good development, thereby taking the state backwards.

“But with Obaseki in charge of the state for the next four years, i can assure that the people will witness more developments.

“And if the score card of the debate is anything to go by where Obaseki got over 75% rating, it shows that he is simply unstoppable and every attempt to rig him out of office will not stand because the desire of the people of Edo state is to see him to win re-election come saturday,” he said.

Joshua and Fury to fight for undisputed world heavyweight in new...