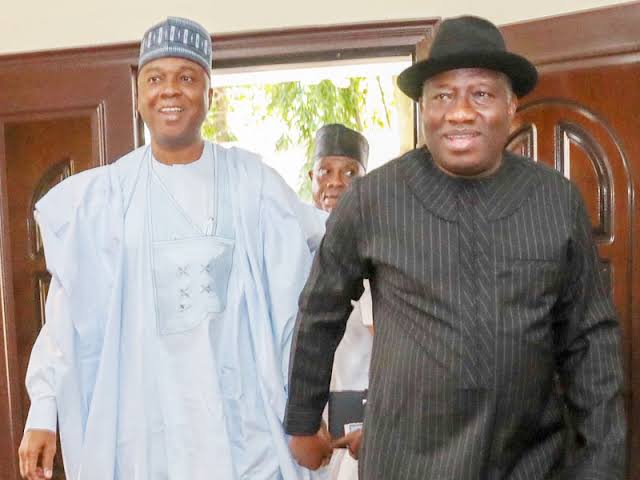 Jonathan, in his congratulatory message, tasked the re-elected governor to rise above partisan politics and govern for the good people of Edo State, irrespective of party leaning.

The former president also commended the Independent National Electoral Commission (INEC) for overseeing a process that allowed the votes of the good people of Edo to count.

“I congratulate His Excellency Godwin Obaseki on his re-election as Edo State Governor and the INEC Nigeria for overseeing a process that allowed the votes of the good people of Edo to count.

“Democracy can only be consolidated to promote good governance in our nation and continent when our elections become credible, transparent and truly represent the wish of the voters.

“Democracy is about the good of all the people and not for winners and losers.

“As the election has been contested and won, I urge His excellency to rise above partisan politics and govern for the good of Edo people, irrespective of party leaning.

“This is the way to deepen our democracy and bring development to the people,” Jonathan said.

Saraki, on his part, congratulated Obaseki who he described as “friend and brother” on his re-election as Edo State Governor.

The former senate president called on Obaseki to see his re-election as an opportunity to deliver on his campaign promises and to continually work to actualise the wishes and aspirations of Edo people.

“Let me give kudos to the leaders and governors in our party, PDP, for working together to achieve this victory. PDP leaders and members in Edo State who whole-heartedly accepted Governor Obaseki since he joined the party and co-operated with him to bring about this victory deserve to be appreciated.

“The result of the just concluded election also represents the fact that our people actually desire to be governed by a truly democratic government headed by those they genuinely voted for. It represents the fact that our security and electoral officials can conduct free and fair elections if they have the right atmosphere. We are happy that throughout this election we did not see the military brutalising the people or security officials supervising the snatching of ballot boxes and vandalisation of votes. Thus, the military and other security agencies deserve commendation for this successful poll.

“We also saw how INEC officials maturely handled the complaints of APC agent who sought to create confusion at the state collation centre when Orihomwon Local Government result was about to be declared. INEC and its officials deserve to be commended for their neutrality in this election.

“We can see that the result represents realistic figures from one local government area to the other. No case of outlandish figures being reeled out. That is also a sign of some level of credibility in the process. It is for the above reasons that I have to commend President Muhammadu Buhari for keeping the military out of this election and for giving the instructions that led to the apparent neutrality of members of the Independent National Electoral Commission (INEC) and other security officials in the entire process.

“Edo election result is a victory for our country, her people and democracy. We have shown that the glory of the country is more valuable to the citizens than the wish of a tiny power clique,” he said.

Barely 24 hours after he presided over the National Security Council at the Presidential Villa, Abuja and later addressed the nation, President Muhammadu Buhari...