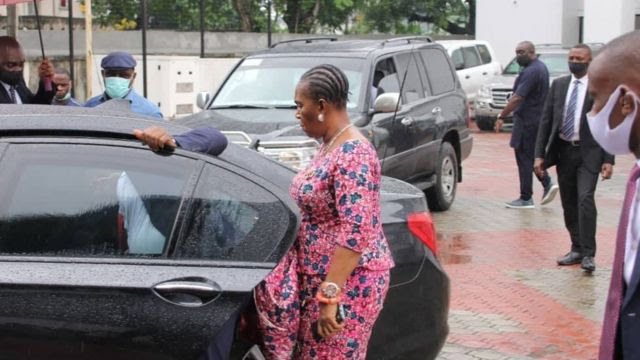 The National Council of Women Societies (NCWS) has urged the Federal Government to protect Ms. Joi Nunieh from all forms of physical and emotional harassment while she faces probe.

The group through its National president, Laraba Shoda, in a statement on Saturday demanded that Nunieh should be allowed to face the Senate Committee handling the probe to defend herself without intimidation.

She stated that: ”All forms of harassment and intimidations should stop. We are not against her being probed but what we don’t want is for her to be harassed in any way.”

The NCWS president however commended River State Governor, Nyesom Wike for rescuing Nunieh and freeing her from the supposed “house arrest” by policemen.

Nunieh is a former Managing Director of the Niger Delta Development Commission (NDDC), being investigated for alleged financial recklessness of N22.6 billion said to have been perpetrated under her stewardship.